Setting text into a column format structure can be more challenging than it may seem. It requires a combination of visual sensibility and workmanship, especially when it comes to establishing and maintaining a consistent typographical practice on a page or within a document. There are volumes of information on typographic practice as it applies to the use of typographic columns, both in theory as well as in practice.

The following text of "don't and do" samples demonstrate a number of basic principles that are essential for setting columns of text that will not disturb a reader and will be as aesthetically pleasing as conditions will allow. The statement used in the examples below is an excerpt from Wikipedia.

Don’t set columns with an excessively long measure. Doing so will discourage readership. 12 to 14 words should be the maximum in any given line. 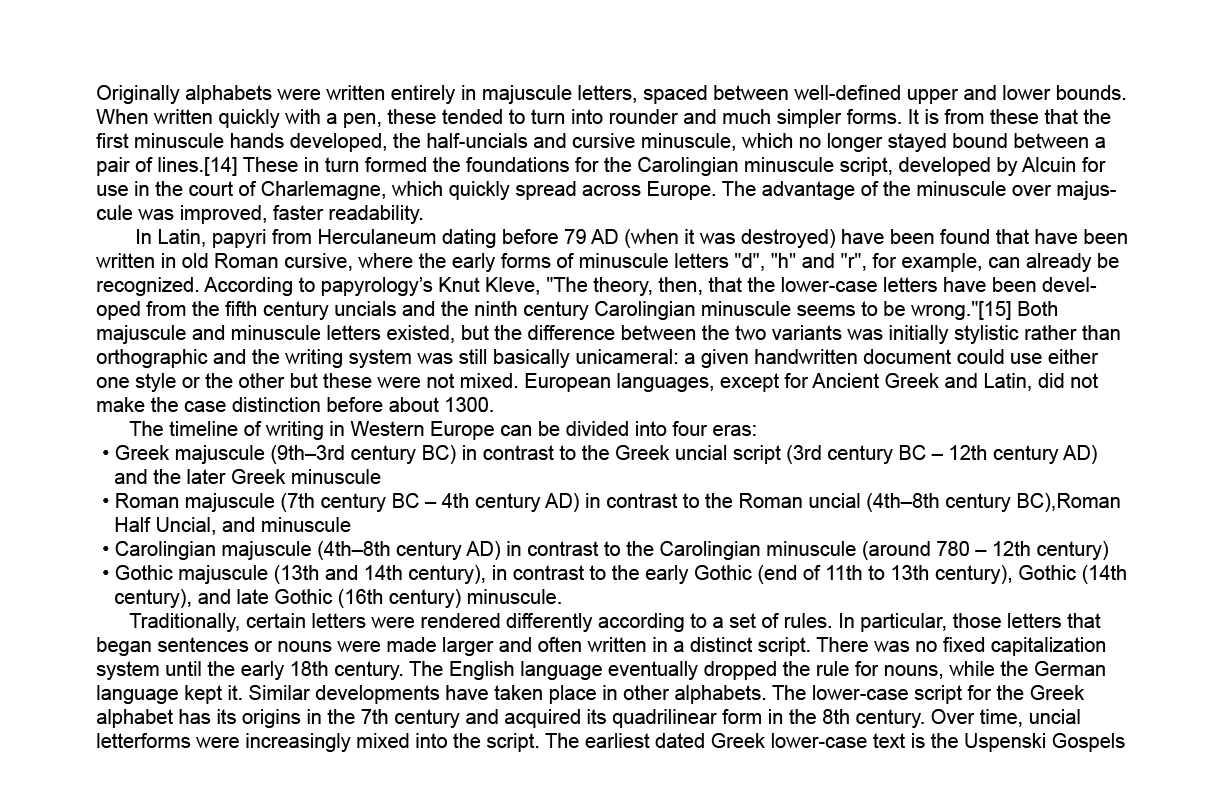 Don’t set an excessive number of columns on a page. Doing so will also discourage readership. There should be a minimum of 4 words per line. 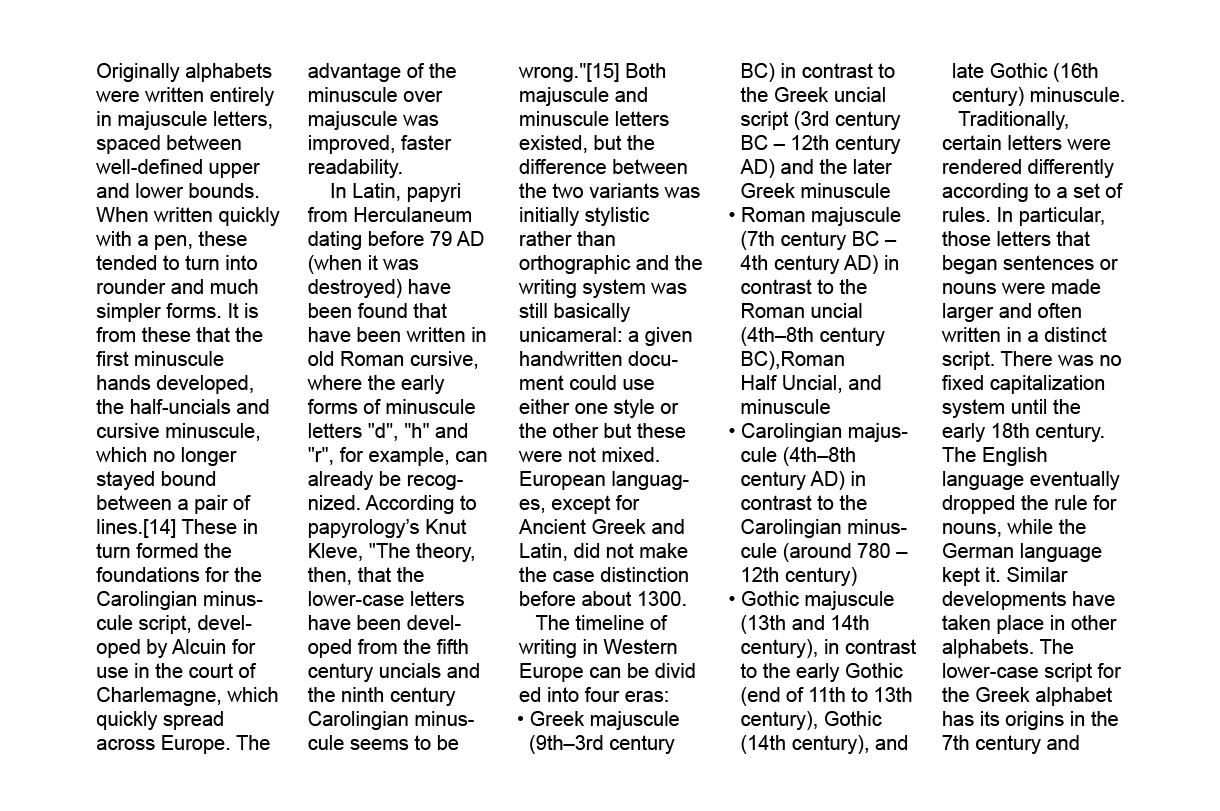 Do set columns with a comfortable measure for reading. Use a two column format to divide a single long measure. It will improve readership and comprehension. 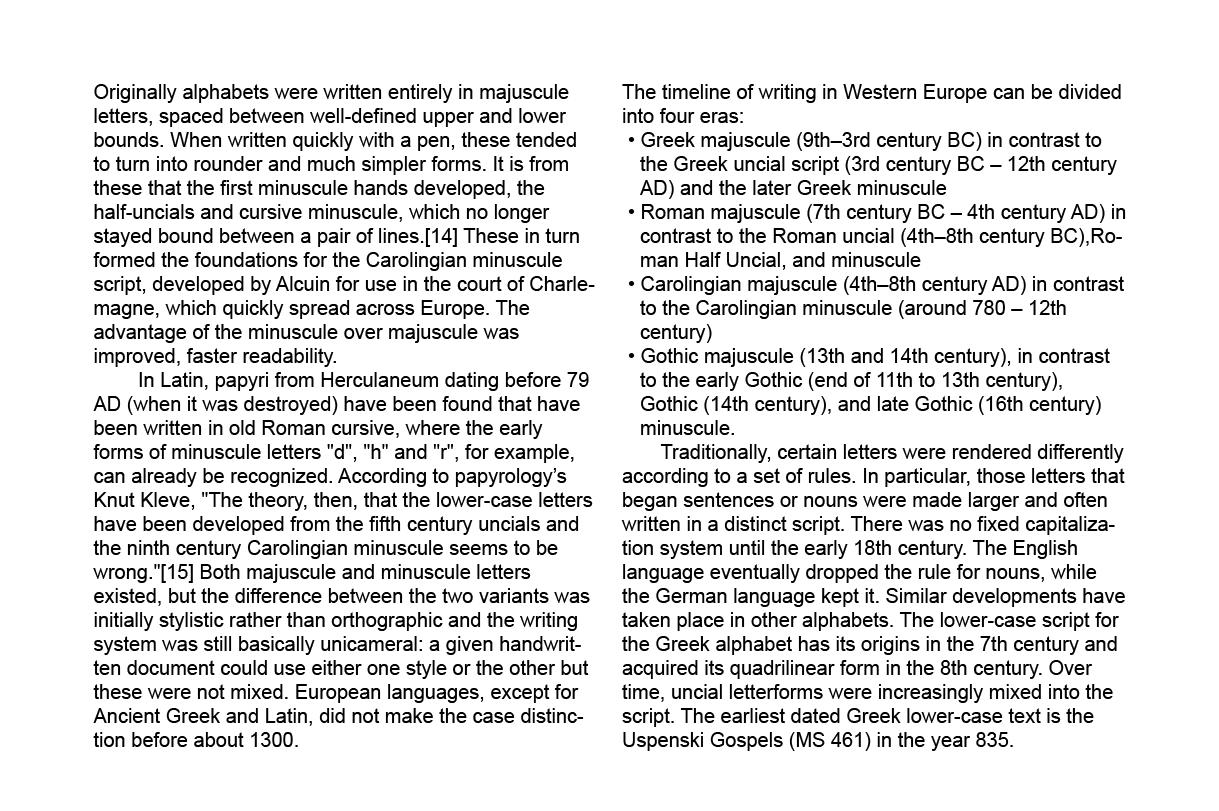 Do use a three columns format when single sentence paragraphs, bullet lists, and call outs are present within the text. 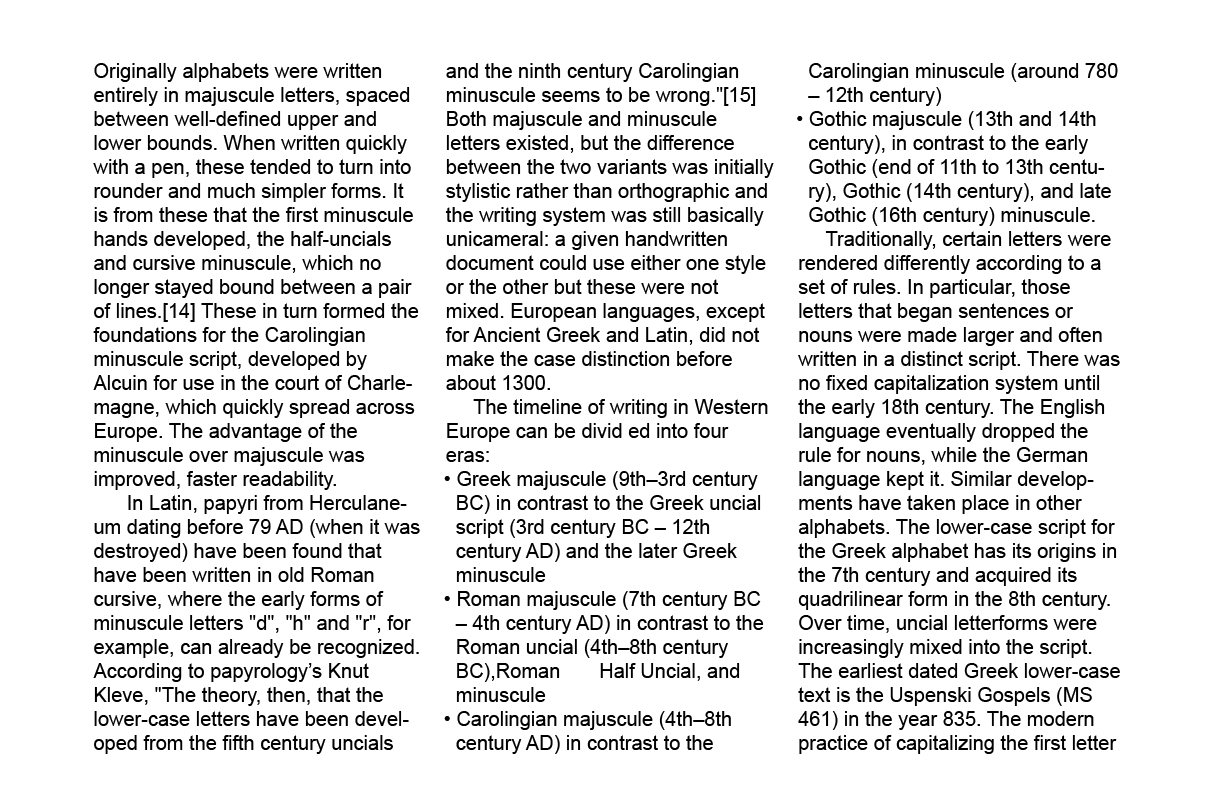 Don’t set uneven measure columns of continuous text. Doing so can unduly influence the importance of a section of text. 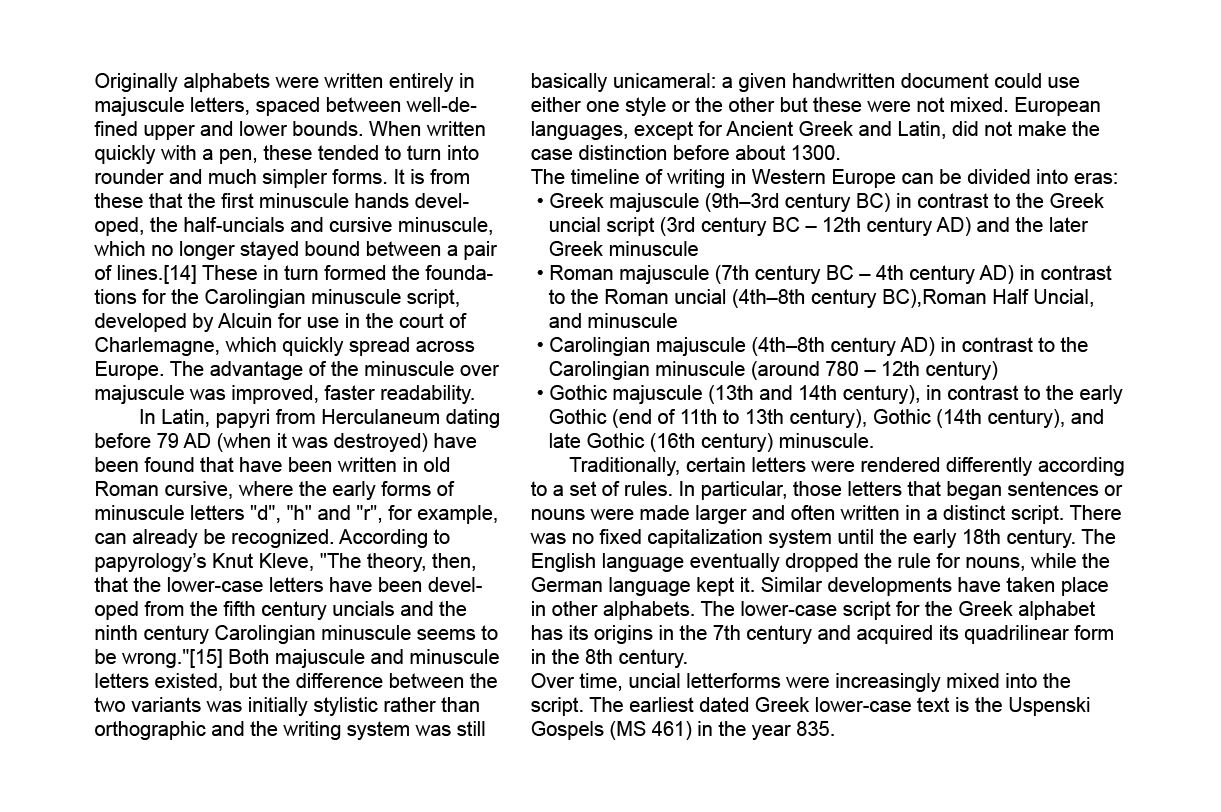 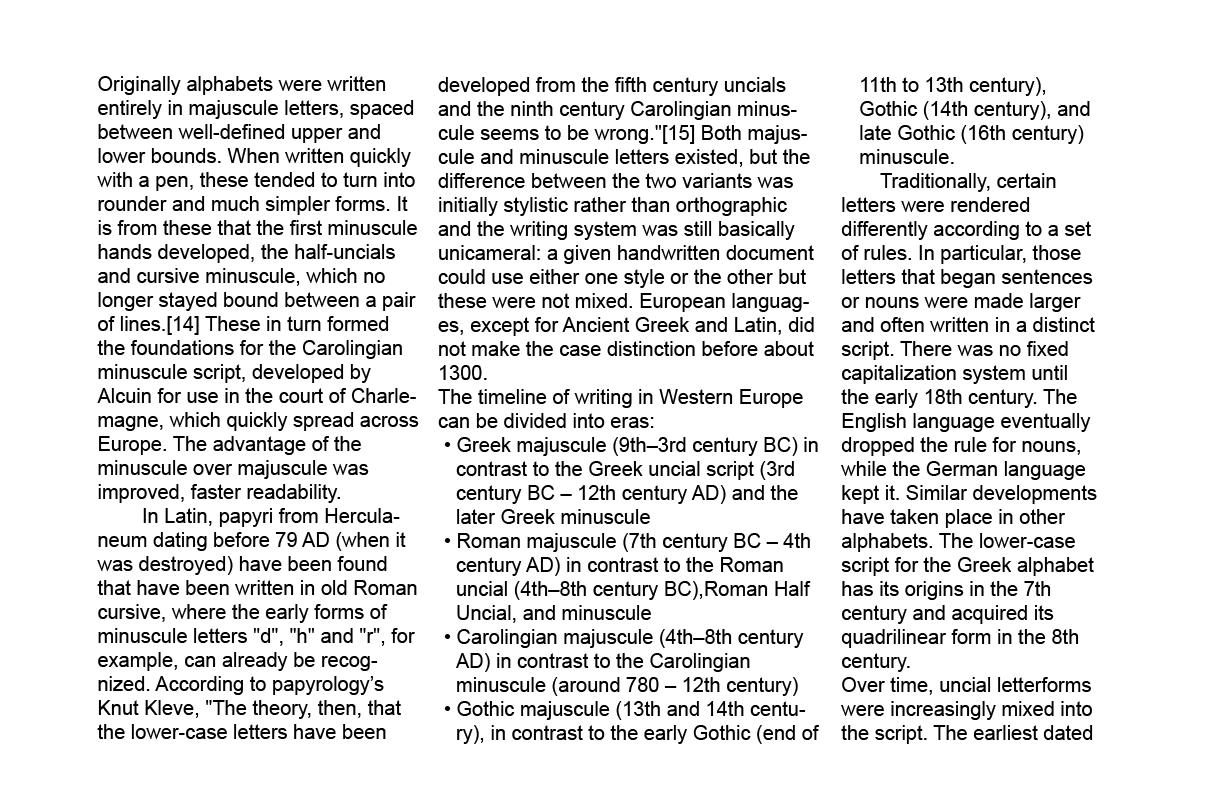 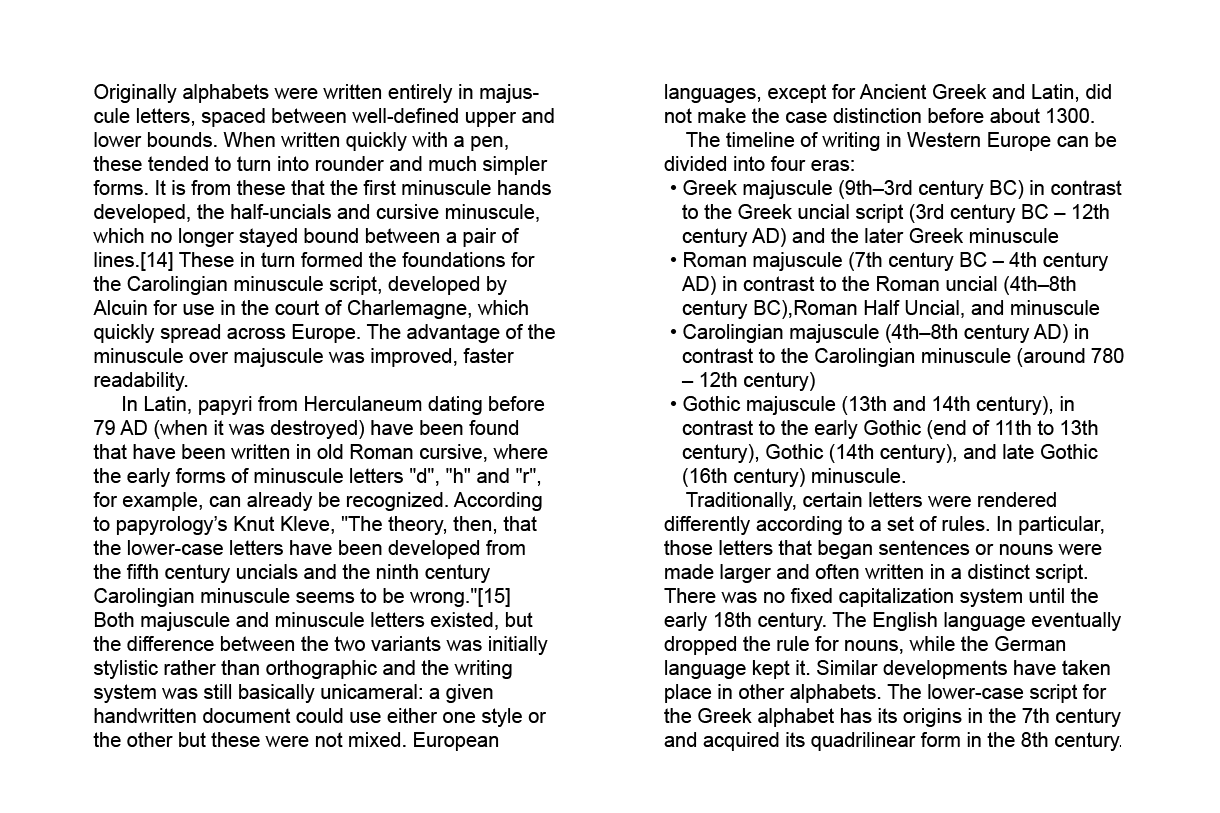 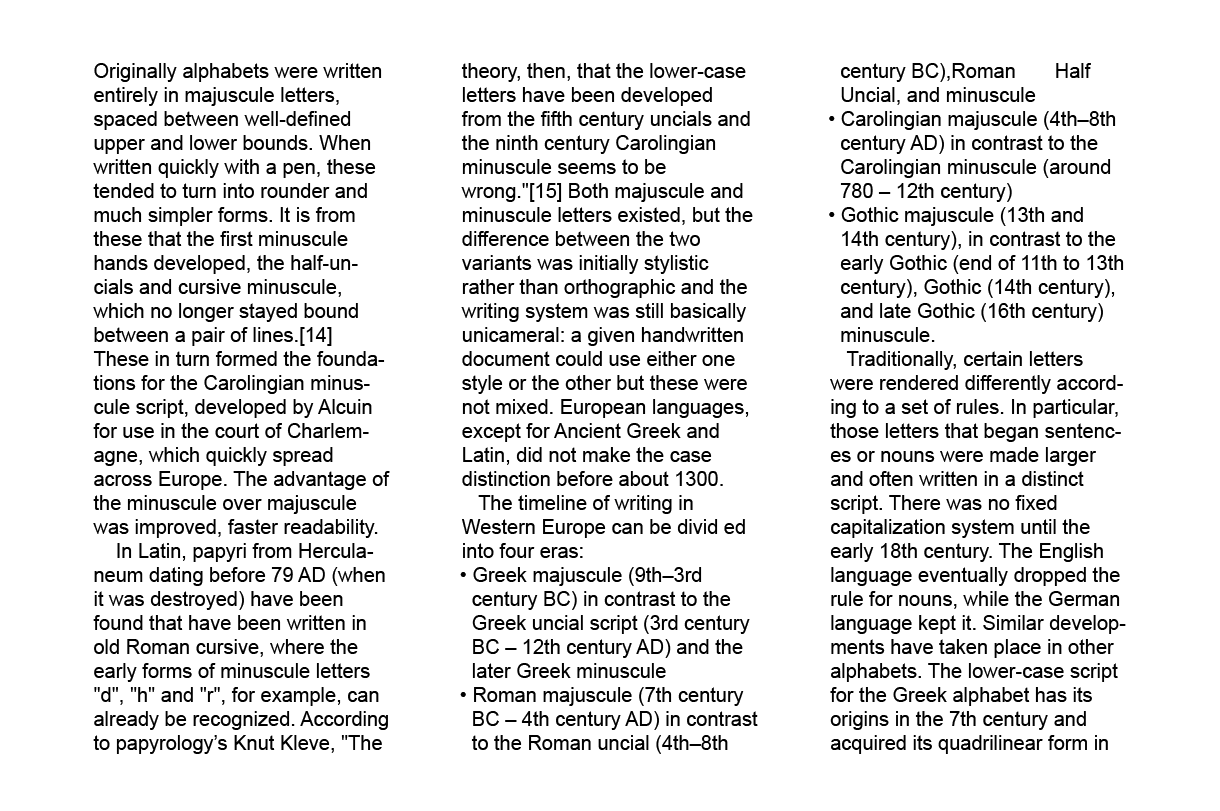 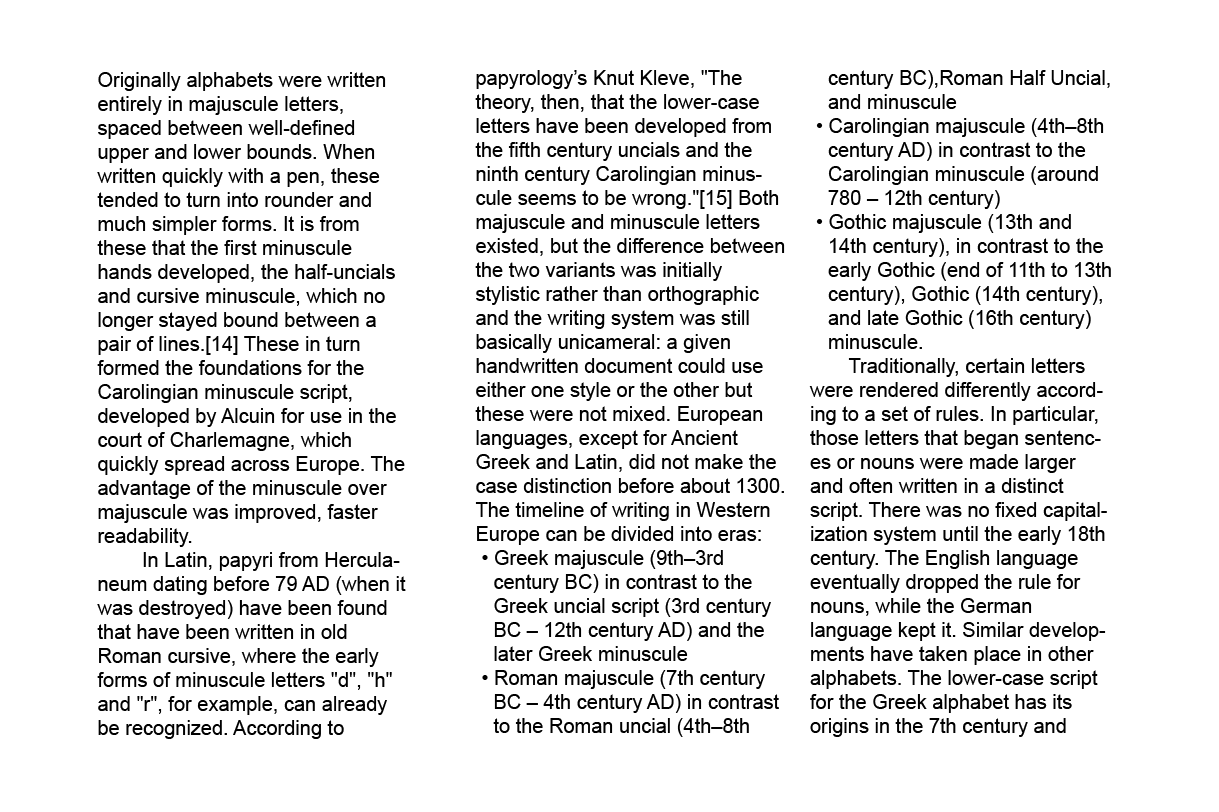 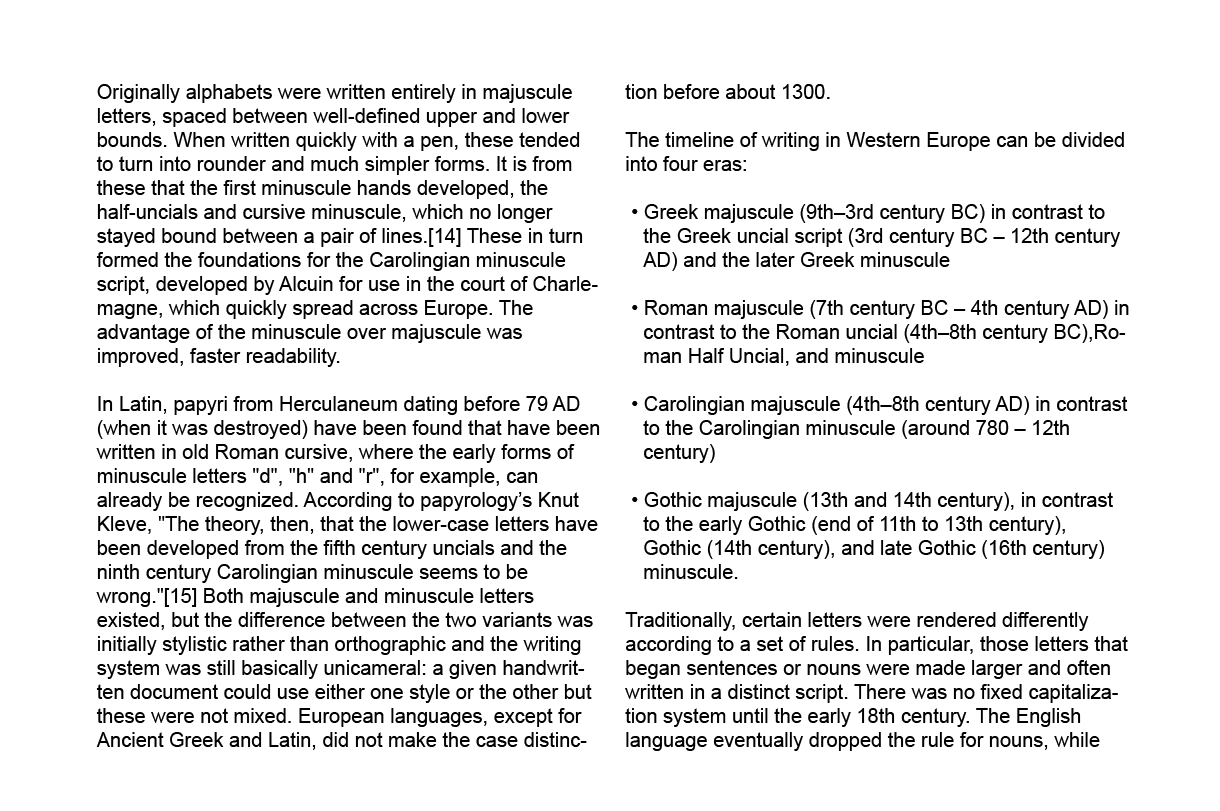 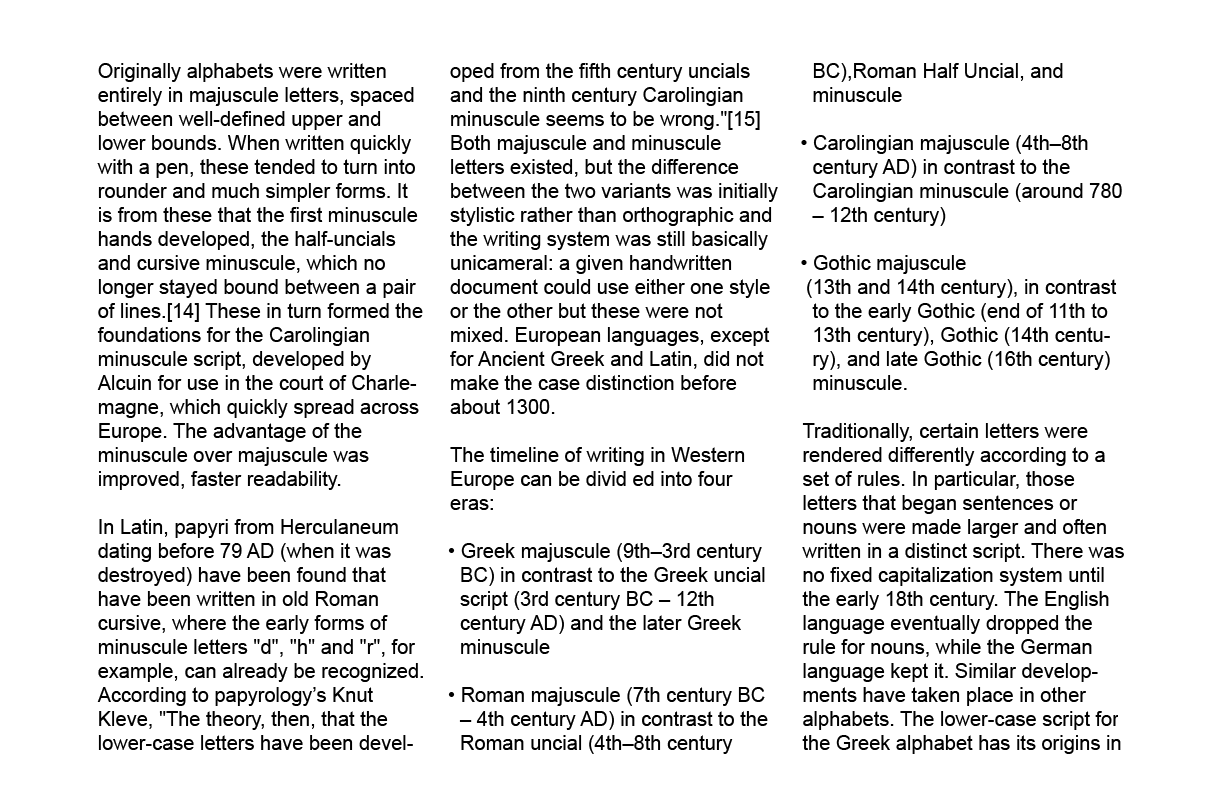 Don’t use inconsistent spacing between paragraphs or sections of text. It is considered a typesetting error, or at the very least bad form. 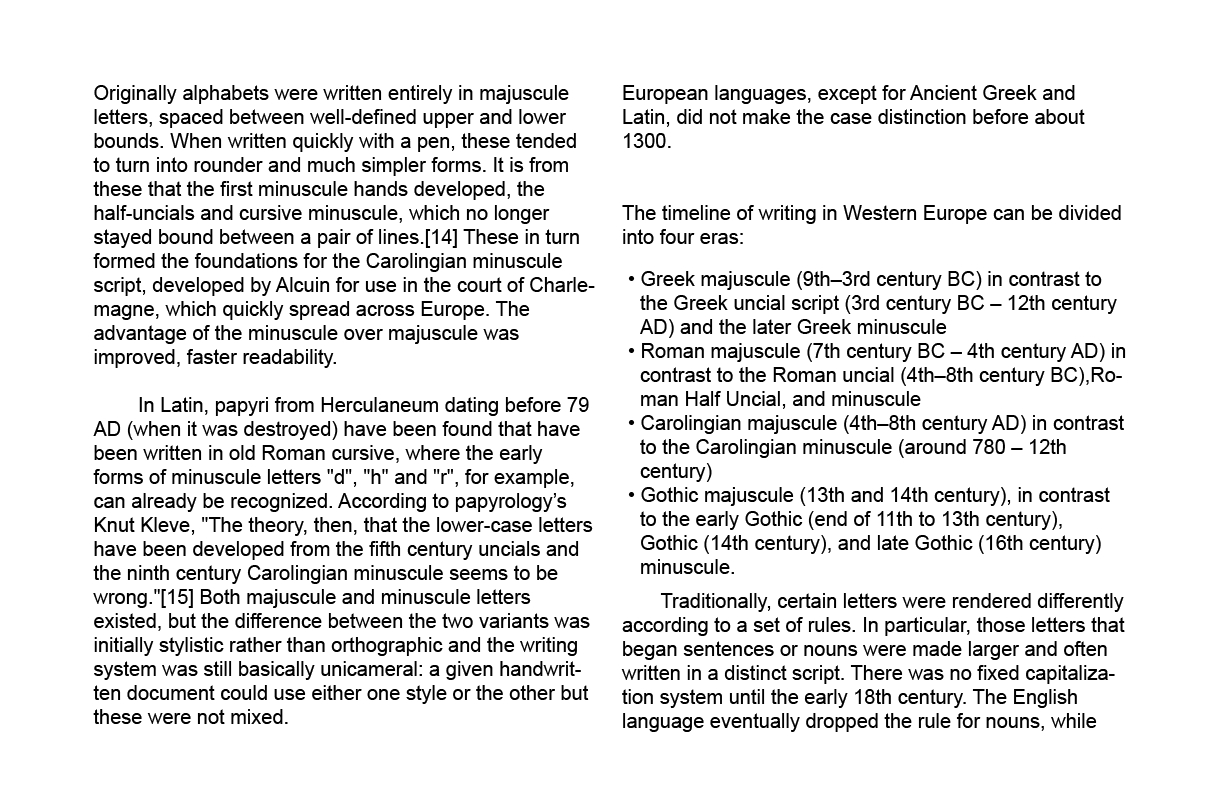 Don’t be inconsistent with the use of paragraph returns. It will be seen as a typesetting error. 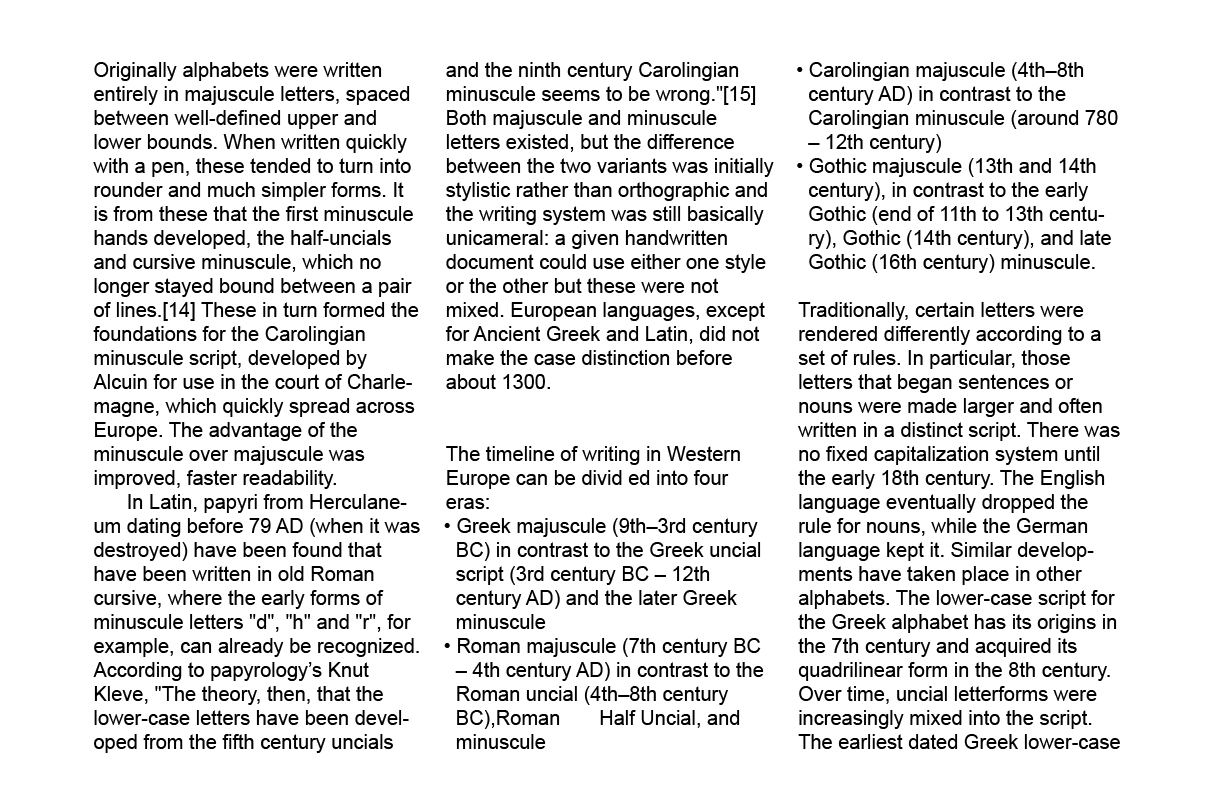 Don’t misalign the baselines of columns. It will be seen as a layout formatting error. Don’t misalign the baselines of columns. Although it may seem to be deliberate staggering, if the baselines don't align, it is considered a layout formatting error. (See Beginnings and Endings below.) 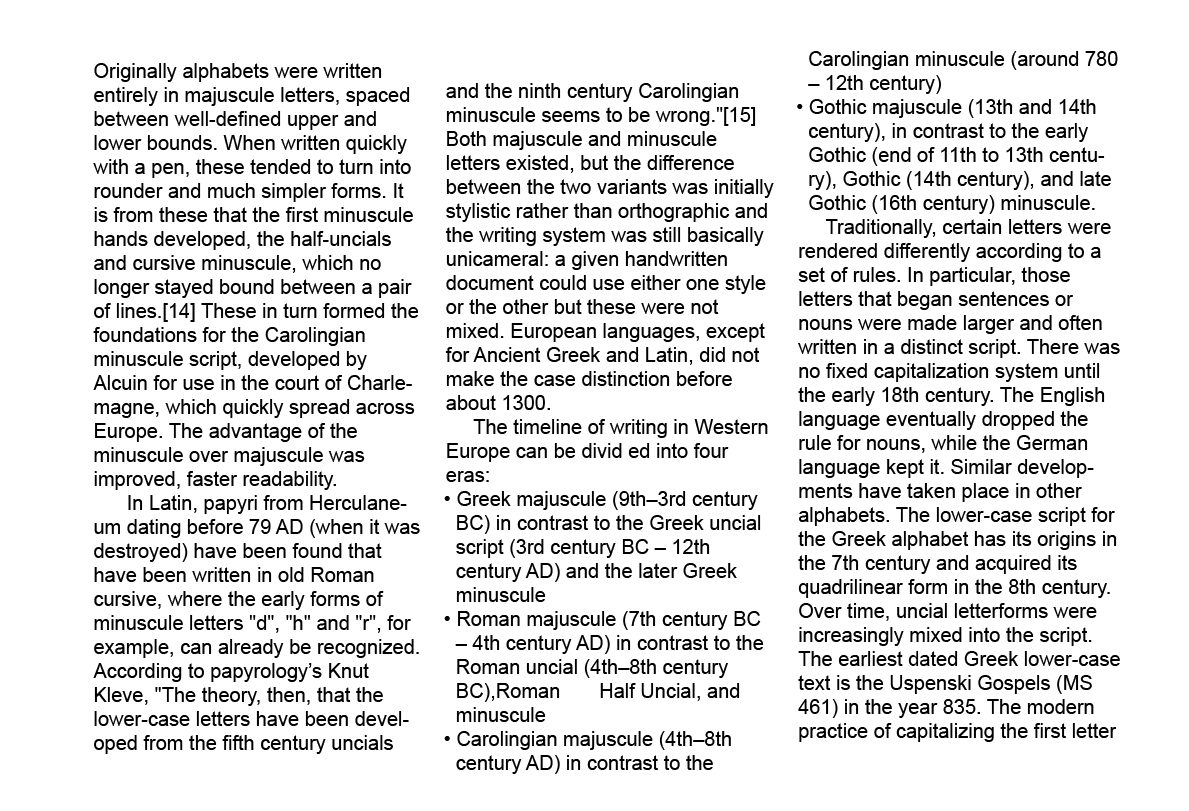 Do stagger the endings of columns where it is appropriate to the design. Although the ends of the columns differ in height, the column baselines align at the top and line spacing is consistent. 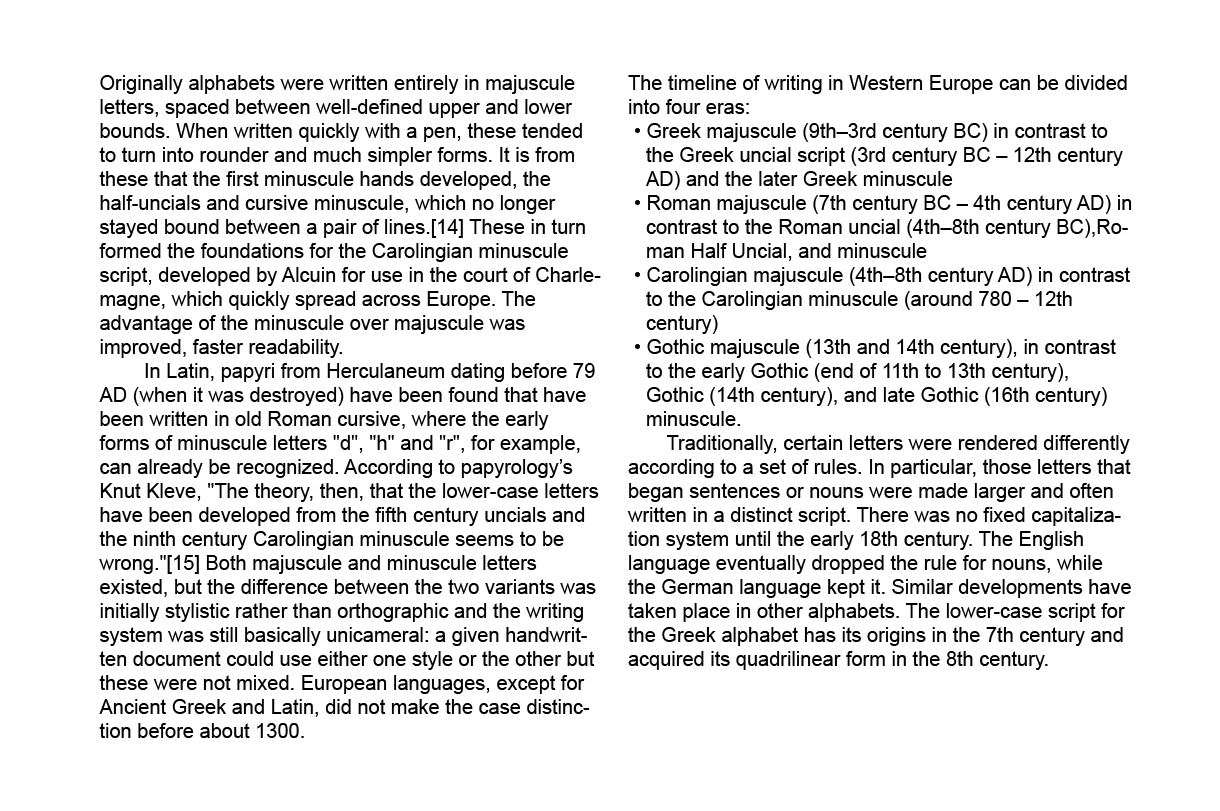 Do stagger the endings of multiple columns where it is appropriate to the design. Columns may vary as long as line spacing is consistent and baselines align. 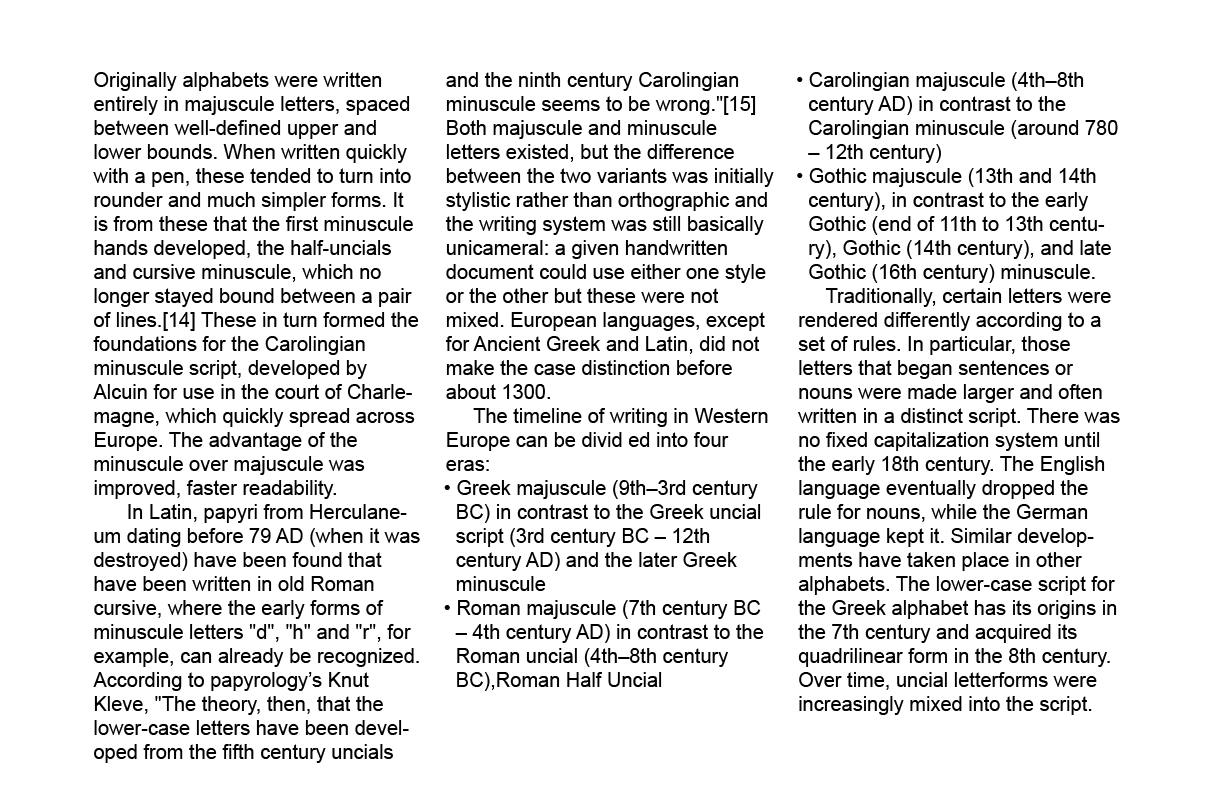 Do stagger the beginnings of columns where it is appropriate to the design. Although the beginning of the columns stagger, the baselines of all columns remain in alignment as do all lines. 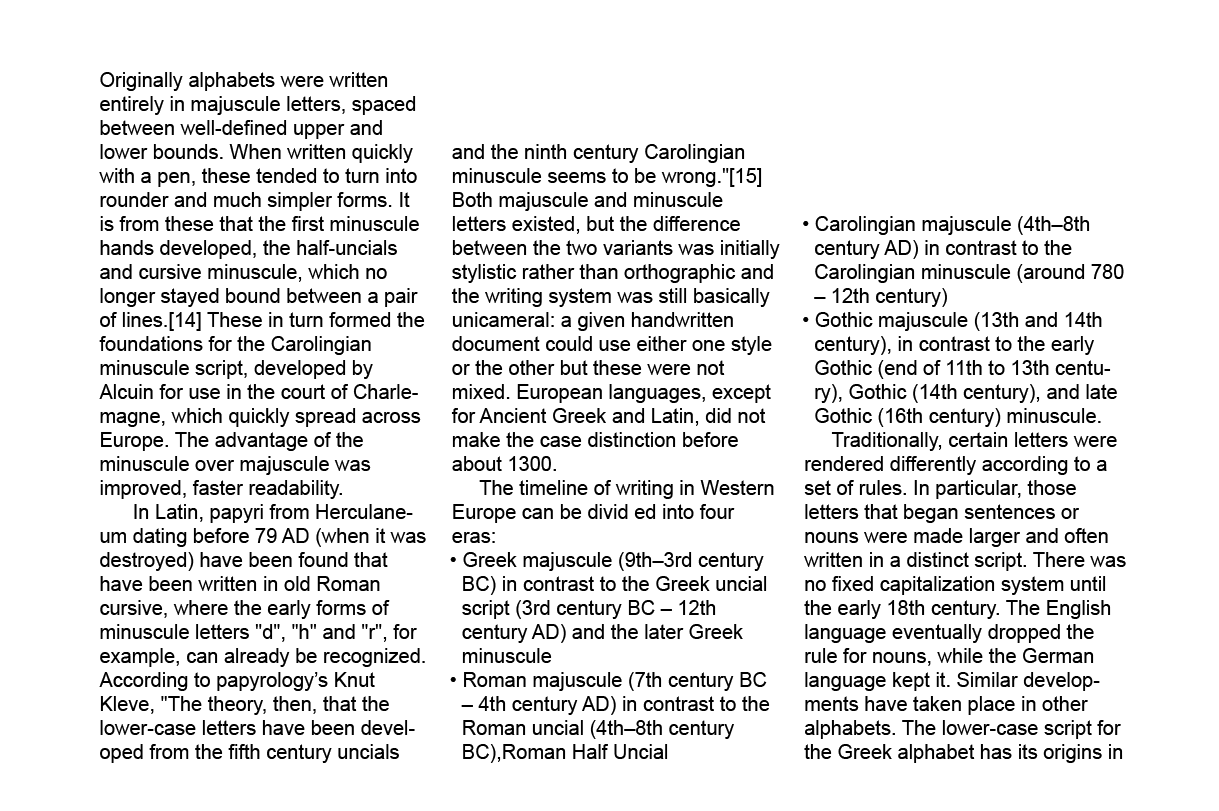 Disclaimer: These examples have been created to demonstrate basic principles of typographic practice, they are not meant to represent aesthetically brilliant samples of typography.

Posted by The Informed Illustrator at 7:37 AM